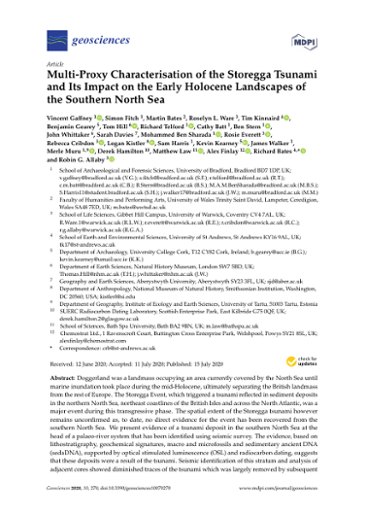 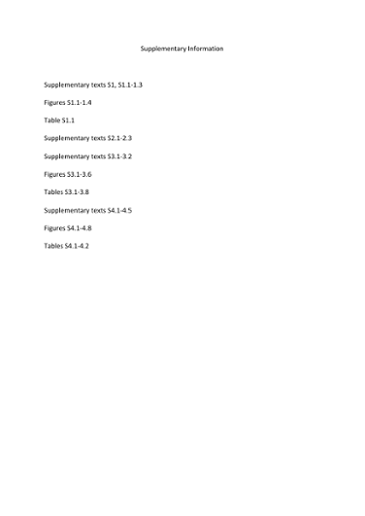 Doggerland was a landmass occupying an area currently covered by the North Sea until marine inundation took place during the mid-Holocene, ultimately separating the British landmass from the rest of Europe. The Storegga Event, which triggered a tsunami reflected in sediment deposits in the northern North Sea, northeast coastlines of the British Isles and across the North Atlantic, was a major event during this transgressive phase. The spatial extent of the Storegga tsunami however remains unconfirmed as, to date, no direct evidence for the event has been recovered from the southern North Sea. We present evidence of a tsunami deposit in the southern North Sea at the head of a palaeo-river system that has been identified using seismic survey. The evidence, based on lithostratigraphy, geochemical signatures, macro and microfossils and sedimentary ancient DNA (sedaDNA), supported by optical stimulated luminescence (OSL) and radiocarbon dating, suggests that these deposits were a result of the tsunami. Seismic identification of this stratum and analysis of adjacent cores showed diminished traces of the tsunami which was largely removed by subsequent erosional processes. Our results confirm previous modelling of the impact of the tsunami within this area of the southern North Sea, and also indicate that these effects were temporary, localized, and mitigated by the dense woodland and topography of the area. We conclude that clear physical remnants of the wave in these areas are likely to be restricted to now buried, palaeo-inland basins and incised river valley systems.

© 2020 by the authors. Licensee MDPI, Basel, Switzerland. This article is an open access article distributed under the terms and conditions of the Creative Commons Attribution (CC BY) license.